Pressure, cover, and balance are the three ingredients to coaching defense.

Pressure, cover, and balance are the three ingredients to coaching defense and is the key to good defensive shape. The idea is to put immediate pressure on the ball in attempt to dispossess your opponent as quickly as possible.

Pressure will teach the closest player to the ball to put pressure on the attacking player in hopes to dispossess the attacker or make them make a mistake.

Balance refers to the ability of the team to position themselves in an excellent defensive posture that does not allow the switching of the ball to off-balance the defense. 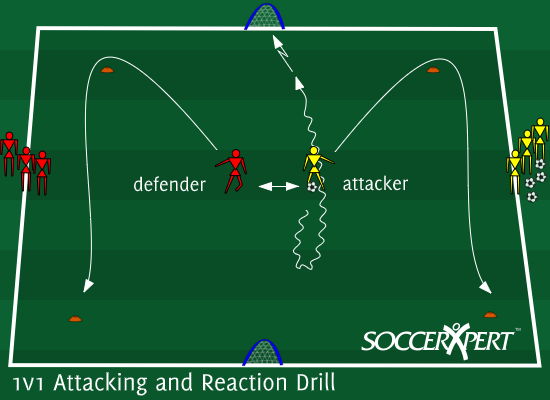 Chris Johnson 9 Views Rating 0 (0 Reviews)
This 1v1 soccer attacking drill focuses on the attacker making quick faints, a change of direction, and a burst of speed while causing the defender to react quickly to the attacker's movements. 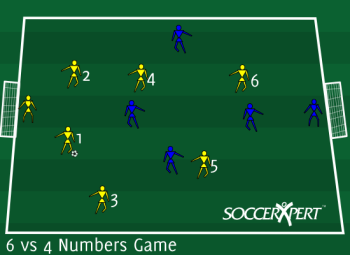 Chris Johnson 97,702 Views Rating 4.4 (5 Reviews)
It's always good to finishing a soccer training session with a 7 vs. 7 scrimmage to focus on team play.

Chris Johnson 339,594 Views Rating 4.3 (10 Reviews)
Spice up your shooting combination drill by finishing with a 1v1 to goal. Add a fun little twist, and the kids love it. 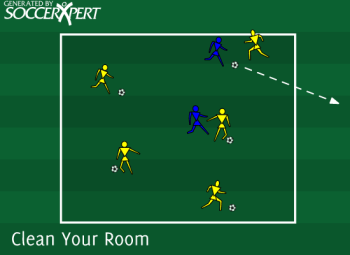 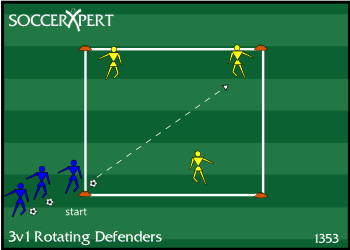 Chris Johnson 377,290 Views Rating 3.76 (205 Reviews)
This 3v1 game will focus on passing, decision making, movement on and off the ball as well as improve communication. 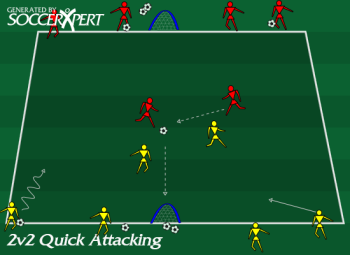 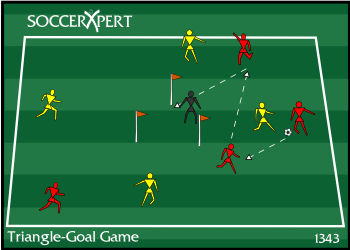 Chris Johnson 359,946 Views Rating 3.98 (183 Reviews)
The Triangle Goal Soccer Game will focus on all aspects of the game such as passing, moving, and finishing. 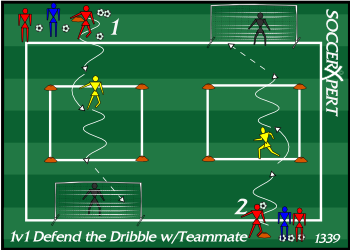 1v1 Defending the Dribble with Teammate

Chris Johnson 208,345 Views Rating 3.8 (120 Reviews)
The purpose of this drill is to isolate the defender to focus on the first defender and defending the dribble while working with a teammate. This teaches young soccer players to work together with y… 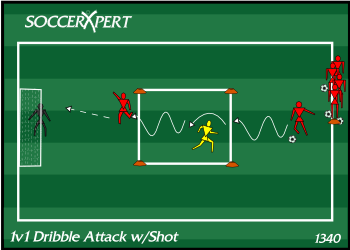 Chris Johnson 198,302 Views Rating 3.92 (130 Reviews)
This 1v1 soccer drill focuses on dribbling to beat a defender and finishing with a shot and can also be used to focus on defensive players.